A BEACON THROUGH THE "GAP" 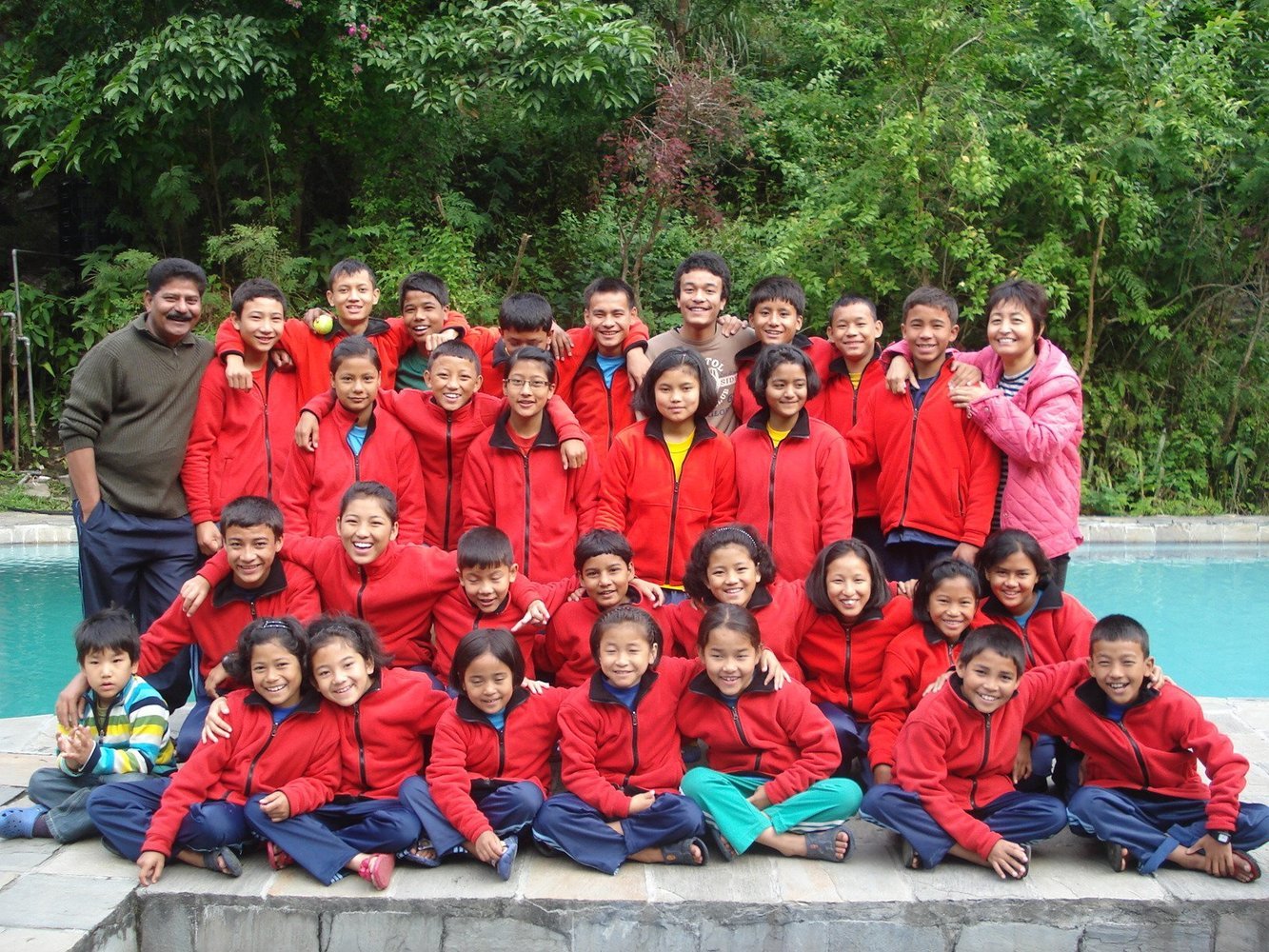 The year 2001 marked a significant turning point in Basanta Adventures' journey towards a great achievement. It was the year when we, with our partner Oyster Worldwide, a Gap and Responsible Travel specialist, ventured to extend its programs to Nepal in Partnership with Basanta Adventure. The Gap year program is basically a stipulated period of time where an individual from the UK visits countries like Nepal as a volunteer, and during this period of time, they habituate themselves with traditional Nepali families, thereby learning the cultural scenario, contributing to the local communities through Gap Year program focused in educational sector and providing the host families with financial aid as well.

In 2003, there was a young man named Thomas Wells, who at the time seemed like any other volunteer, eager to just experience the life of an ordinary Nepali. But as the end to their four month program drew closer, Thomas was extremely moved by the day-to-day things that he was able to witness living in a simple Nepali household. So much so, that he even expressed his interest to sponsor one of the children he was teaching. But, we did not entertain the idea then, as we felt that Thomas was very young and the commitment seemed overwhelming. However this was not the last that we would hear of Thomas Wells.

Several months after his return to the UK, Thomas contacted Basanta Adventures and revealed that he had founded a charity and name it Future for Nepal with the help of this his family back home, for the poverty stricken Nepali families. We could not have been happier at the news and immediately agreed to assist him in every possible way, here in Nepal. But this was just the beginning, as a mountain of a task awaited Thomas and Basanta Adventures.

He arrived in Nepal once again with his family and took the mission head on. With the help of Basanta Adventures, Thomas Wells around the country to find deserved candidates to sponsor their education with an objective to provide the neediest families from different ethnic backgrounds, with an opportunity to do better in life and society through proper education and a healthy lifestyle.

The organization has been able to provide 30 children with a full board education sponsorship program. Now, it prides us to say that most of the children have already graduated with more due to graduate next year. Amongst them, three girls have recently completed their nursing courses, while four of the boys have joined renowned colleges and also work on a part time basis. Basanta Adventures have willingly taken part in this journey and helped nurture these children and provided them with various opportunities to enhance their skills while also celebrating the little joys of life. Ram Tamang and Pasang Sherpa, are the humble recipients of this charity, now works at Basanta Adventures and they are doing extremely well. Sunil Shrestha will be soon be qualified as a Dentist and Lalita Tamang have successfully joined a reputed hospital as a Nurse.

Beside through gap year program Basanta Adventure generated several other Thomas Wells who are actively involved in sponsoring deserving young children for their education, funding one off projects, help earthquake victims. 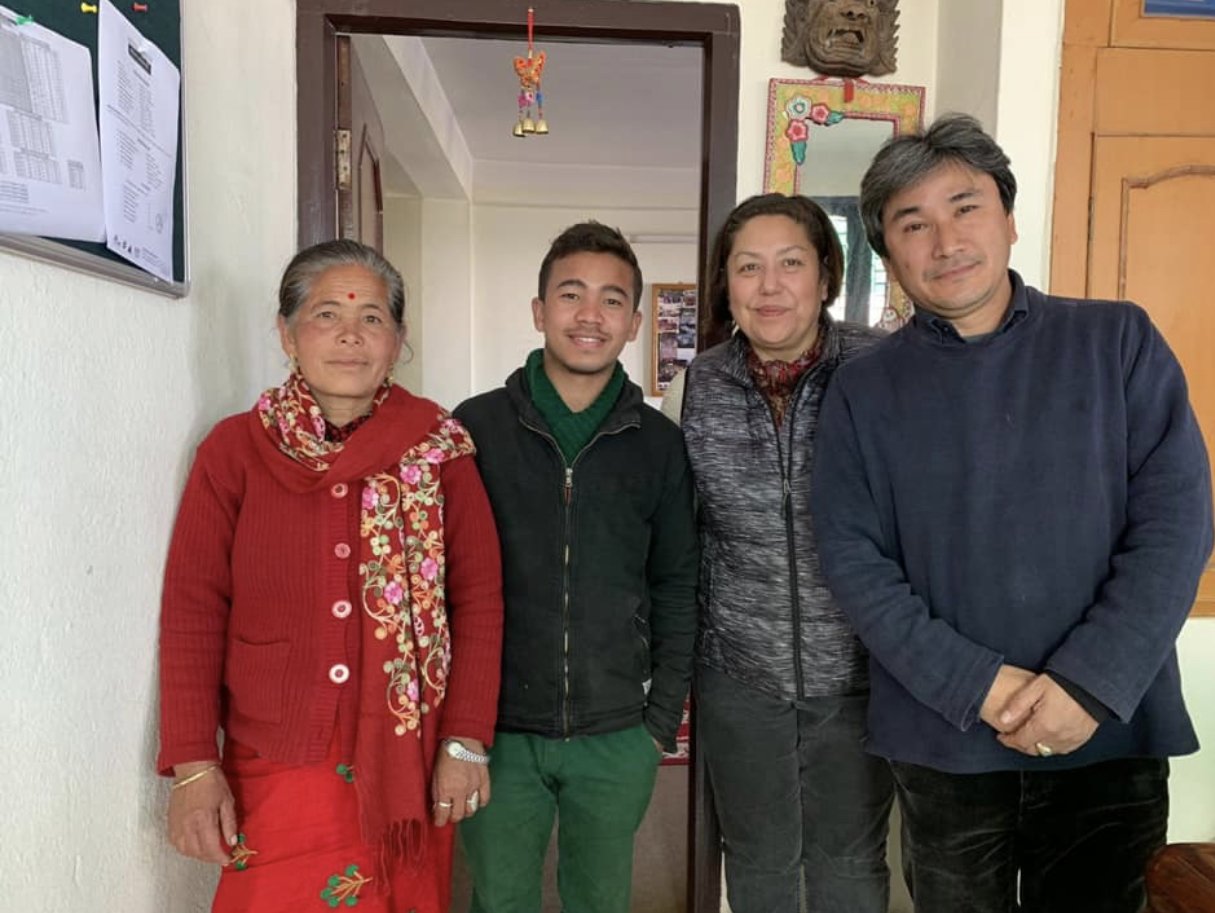 Sunil from a son of widow (farmer) to a Dentist 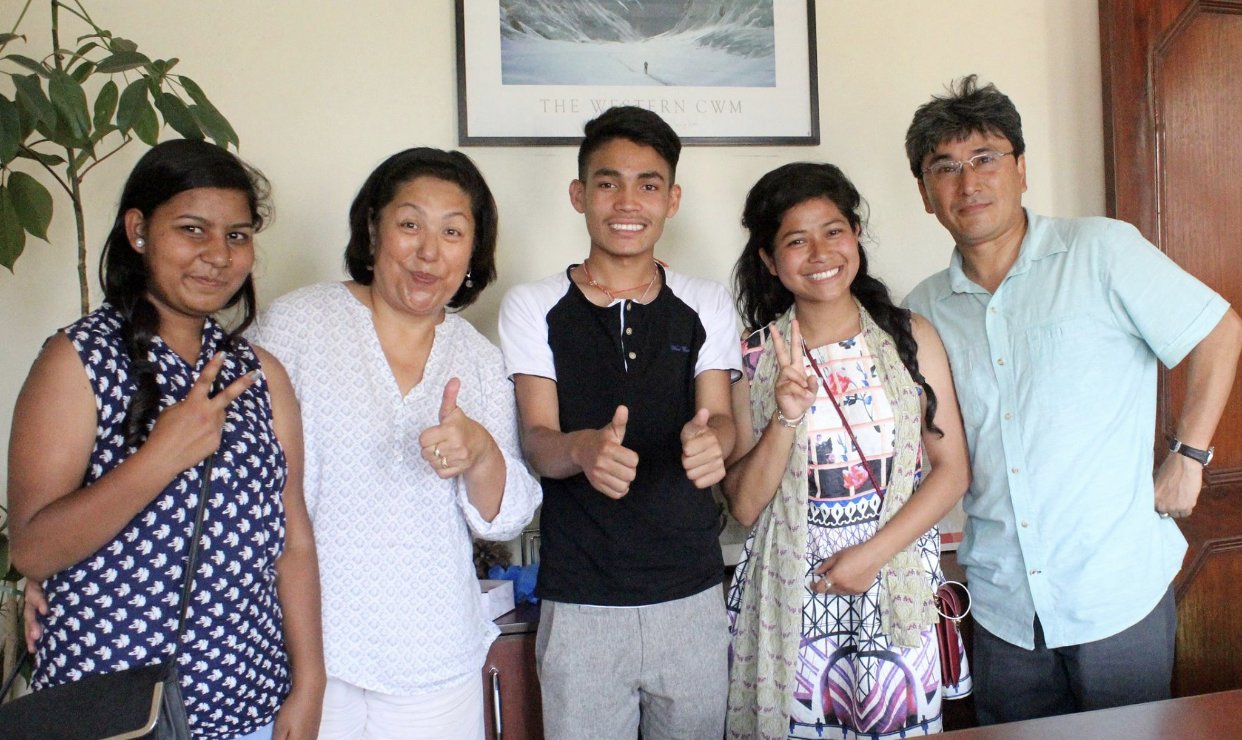 FFN in 2008 with their parents 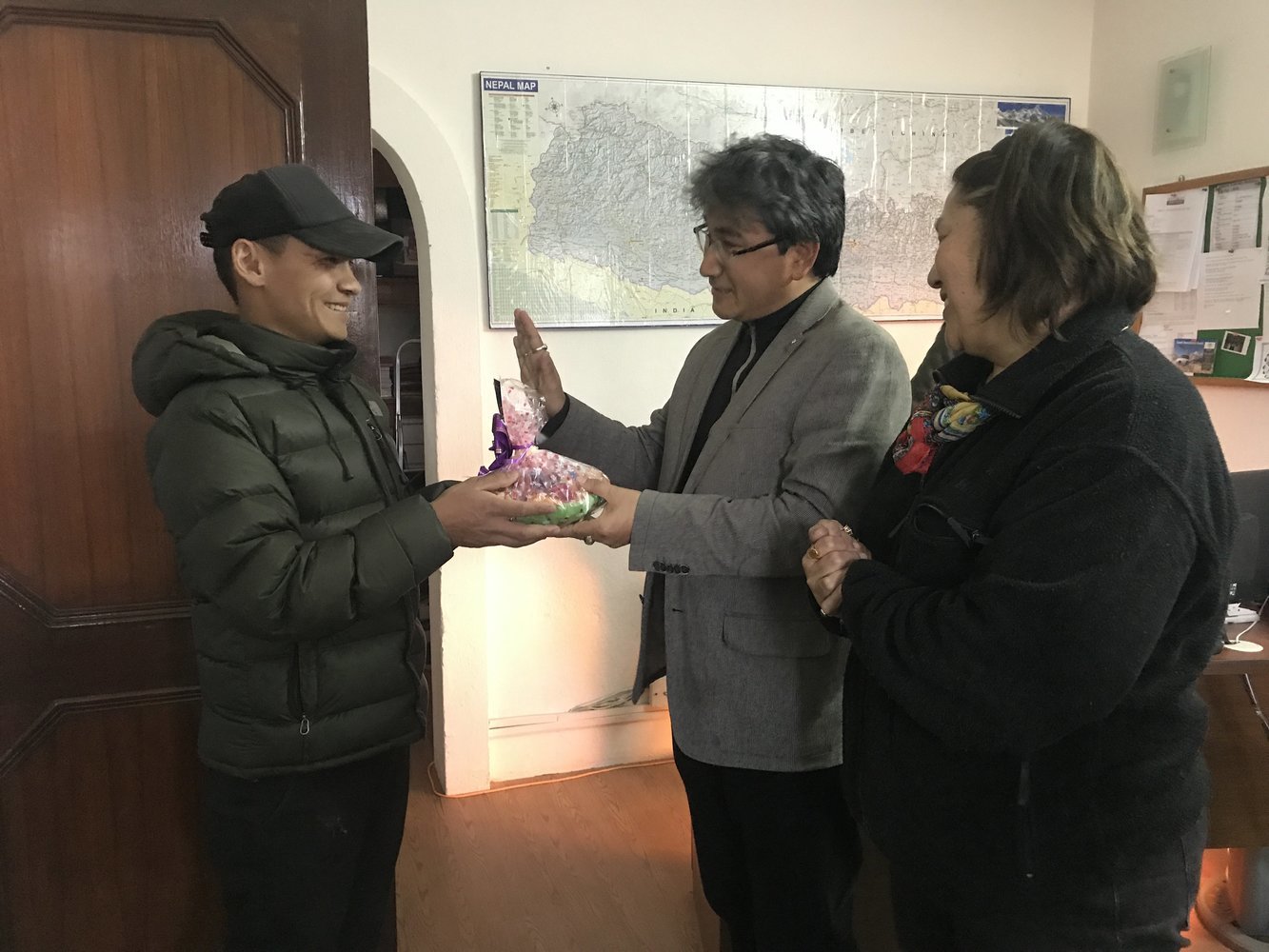 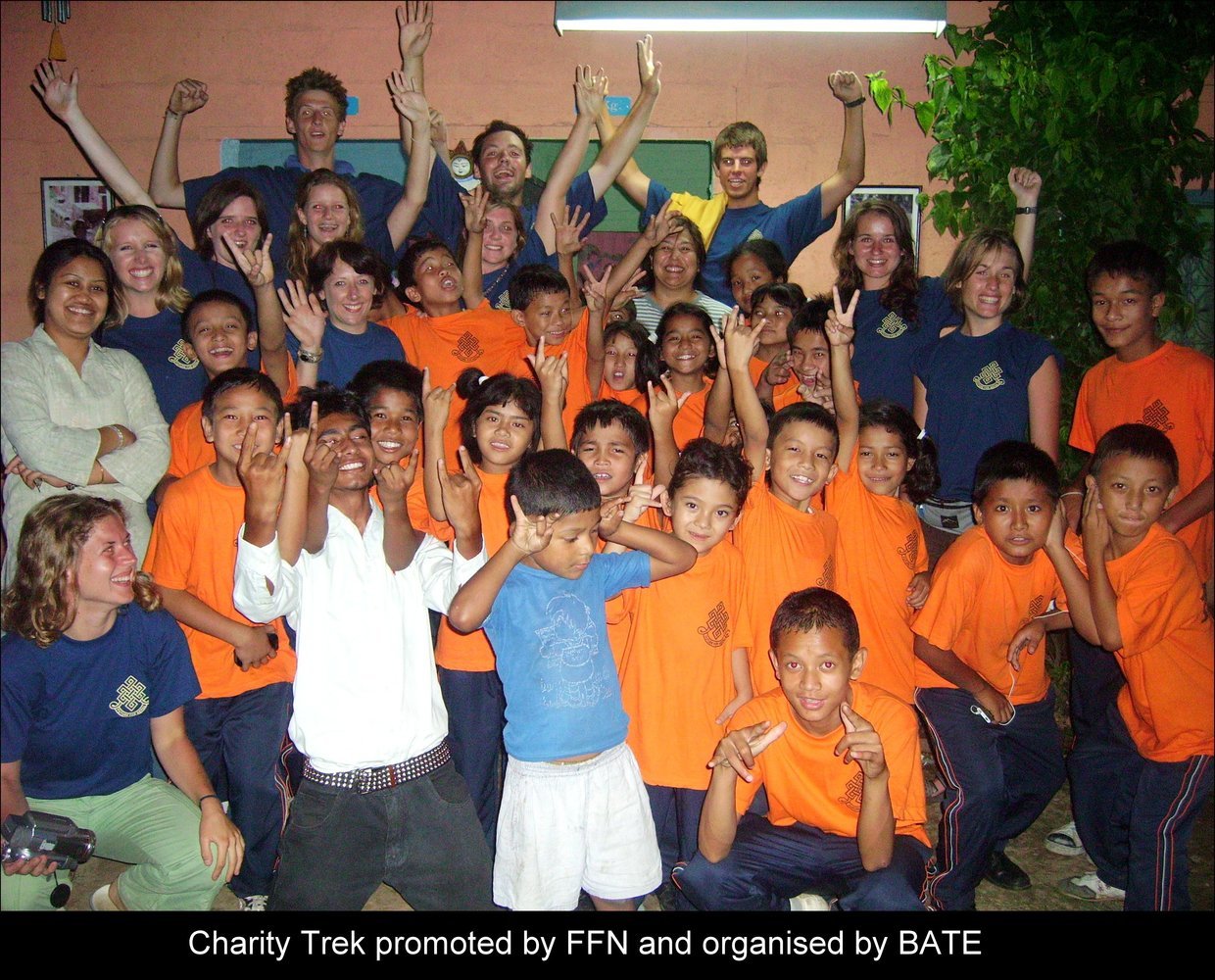 FFN in 2005 with Student from Oxford University