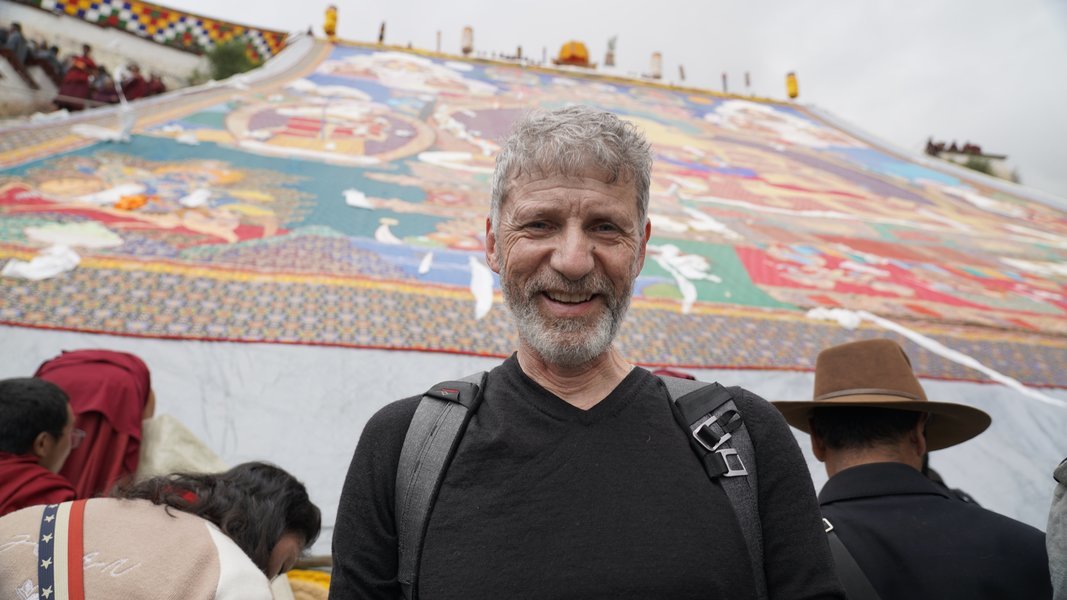 Tibet - a land so rich in Culture, tradition and steeped in religion along the far flung unique landscape, also called the roof of the world. This Tour is designed to give you an experience of witnessing the most popular vibrant festival of Shoton also called Curd festival.  Early morning visit of Drepung Monastery where a giant Thanka paining of Buddha will be unveiled by hundreds of Monks chanting religious prayers and rituals. Later grand cultural ceremony takes place in massive square in front of biggest landmark of Tibet, Potala palace. This is the summer festival of happiness and joy, everyday opera show and other cultural activities will be performed by various groups of people from around the Tibet takes place at the public courtyard of Norbulinka Palace (summer palace of Dalai Lama). In ancient time, Dalai Lama used to enjoy this show in this summer palace.

The tour begins with a comprehensive trip briefing in Kathmandu followed by a sensational trans Himalayan flight to Lhasa that passes over Mt. Everest and many highest peaks of the world (if you join the tour in Kathmandu). This is the only flight fly over Mt. Everest and other highest peaks. In case you wish to start the tour in Lhasa arriving from anywhere in mainland China or taking a new train from Beijing you will be briefed about the tour by your Tibetan Guide.

Upon your arrival you will drive to Lhasa, you will be taken on a sightseeing tour to Lhasa visiting major Palaces, monasteries, acclimatizing & to absorb the exoticism of Tibetan heritage & to explore this history – Laden city to its core. In route you will visit ancient town of Gyantse, Shigatse and many other cities. You get to explore colorful mosaic of Tibetan arts, crafts, history, culture, custom, tradition, lifestyle and cuisine and you become a witness to a host of indigenous cultures including untamed (drokpas) nomads en-route driving through highest Plateau on Earth. This is truly the trip of a lifetime with stunning scenery and cultural highlights.

Note: Given Price is for high season (July/Aug/Sept) & Based on 3 star Hotel.

Your Tibetan guide will be waiting to welcome you at Gongkar Airport. After immigration formalities, you will drive for around 45 minutes to reach the old city, Lhasa (3660 meters). After checking in at your hotel, you are advised to take rest, drink plenty of fluids and most importantly let your body get used to Lhasa’s high altitude. During afternoon you can go around the hotel area for light walk and sightseeing. Later, you will be briefed in detail about the program and entertain any question. O/N at Hotel in Lhasa (BB)

Early morning visit Drepung monastery to witness breath taking ceremony of unveiling Giant Painting Tibetan called it Thank belong to Buddha amidst the rituals perform by hundreds of Monks. Hundreds of local people witness the ceremony and receive blessing. Later another grand function takes place in front of Potala Palace (Winter Palace of Dalai Lama). Then your guide will take you on a tour to Jokhang Temple & Barkhor Market respectively.

Barkhor Market (Bazaar): The most popular Barkhor Market (Bazaar) is a square where Tibetan handicraft items, Buddhist artifacts, carpets, paintings etc. are all in sale for your delight, you may want to visit colorful local grocery market . At the end of the day your guide will escort you back to your hotel. Lhasa offers variety of Restaurant for both Lunch and Dinners.

Today, you will visit Norbulinka Palace to witness one of the important part of Shoton festival takes place for days, it is Opera show and other various cultural shows perform by groups of artist from many parts of Tibet, the best shows will receive recognition as well on last day of show. You will also meet hundreds of Tibetan people enjoying this summer festival by celebrating picnic, eating delicious cuisine, playing their various local games etc. Basanta Adventure will organize special picnic ceremony to give you experience of a lifetime in the same place where you will get to interact with local people or get to learn their local games. After detail visit you will drive to hotel. O/N at Hotel in Lhasa (BB).

Day 04: Drive to Shigatse (3,900m/12795ft) via Gyantse (3950m /12956ft), visit Khumbum & Pelkhor Stupa 370km, 6 hrs:
After breakfast, leaving Lhasa and a drive of 370km, taking about 6 hours including break for lunch at one of the villages’ en-route. We will drive over two spectacular high passes – the Kampa La at 4750m and Karo La at 5010m, over, and along the beautiful deep blue green Lake called Yamdrok Lake or Turquoise Lake. The landscape of the Tibetan Plateau is truly unusual and spectacular.  We will arrive in Gyantse an old Tibetan Town against a backdrop of magnificent 14th-15th century fortresses and temples.  Here we will visit Pelkhor Chode Temple & Khumbum respectively.

Pelkor Chöde: This Monastery is located in the northeast of Gyantse at 3900 meters above sea level. Pelkor Chode Monastery, or rather  Palcho Monastery in Tibetan language means "auspicious monastery". It was first built in early 15th century and took 10 years to complete. Because it was built when different religious sectors conflicted neck and neck in Tibet, Sakyapa, Kadampa and Gelukpa of Tibetan Buddhism coexist in it. Each religious sector has five to six "Dratsang" (schools) in the monastery. This Monastery occupies a stunning position in the history of Tibetan Buddhism. It features a mixture of pagoda and monastery, whose architectural style reflects the typical feature of monasteries in between late 13th century and mid 15th century. The most symbolic architecture in the monastery is the Khumbum Stupa, which is composed of nine layers of nearly 77 temple halls with a total of 10,000 Buddha statues in halls, niches and on murals, hence the nickname "Ten Thousand Stupa". Pelkor Chode Monastery is also noted for its distinctive sculptures and murals.

Kumbum: Gyantse Kumbum Chorten was commissioned by a Gyantse prince in 1427 and it is the town’s main attraction. The 35 meters high chorten, with its white layers trimmed with decorative stripes and its crown-like golden dome, is awe-inspiring. The interior is equally impressive. Khumbum means 100,000 images in Tibetan. Indeed, there is what seems to be an endless series of tiny chapels. Each chapel is decorated with wall paintings; some have various statues of Buddha’s, Bodhisattvas and deities. Most paintings date to the time of the construction of the stupa.There are nine levels, 108 cells and 75 chapels. At the higher levels you can go out to an outdoor terrace and enjoy an incredible view on the town, monastery and surrounding fort.

Day 05: Visit Tashilumpho Monastery. Drive to Lhasa (3600m/11811ft) 280 km, 5hrs:
After breakfast you will be visiting Tashilumphu Monastery. This monastery is one of the largest functioning monasteries in Tibet and there is much to explore within its high surrounding walls. There are about 39 amazing chapels inside including the huge Maitreya Chapel coated with gold; its workmanship certainly impresses everyone.

After visiting Tashilumpho Monastery, you will drive to via northern route and today you will drive along Yarlung Zangbo River at Chushul which is the confluence of the Kyichu River and will be passing through Nyemo country and Rinbung country. Once you reach Lhasa you will drive to Hotel. O/N at hotel in Lhasa (BB). 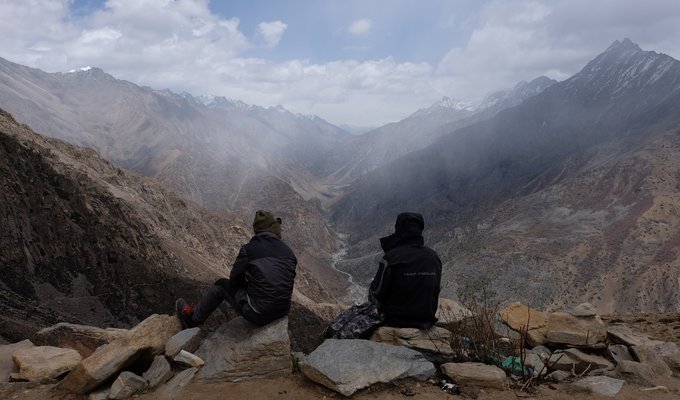