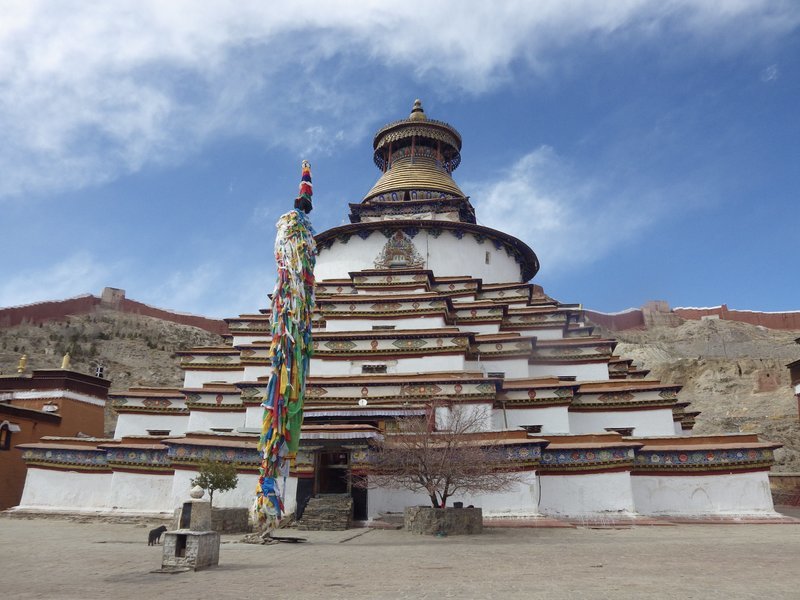 Trip summary:
Tibet -a land so rich in Culture, tradition and steeped in religion along the far flung unique landscape, also called the roof of the world. Let the age old Tibetan Myths & mysteries cast and enchanted spell that holds an every visitor in thrill and excitement. The tour begins with a comprehensive trip briefing in Kathmandu followed by a sensational trans Himalayan flight to Lhasa that passes over Mt. Everest and many highest peaks of the world (if you join the tour in Kathmandu). This is the only flight fly over Mt. Everest and other highest peaks. In case you wish to start the tour in Lhasa arriving from anywhere in mainland China or taking a new train from Beijing you will be briefed about the tour by your Tibetan Guide

Upon your arrival you will drive to Lhasa, you will be taken on a sightseeing tour to Lhasa visiting major Palaces, monasteries, acclimatizing & to absorb the exoticism of Tibetan heritage & to explore this history – Laden city to its core. In route you will visit ancient town of Gyantse, Shigatse, Tsedang and many other cities. You get to explore colorful mosaic of Tibetan arts, crafts, history, culture, custom, tradition, lifestyle and cuisine and you become a witness to a host of indigenous cultures including untamed (Dokpas) nomad’s en-route driving through highest Plate on Earth. This is truly the trip of a lifetime with stunning scenery and cultural highlights.

After breakfast you will be briefed about the program and entertain last minutes questions. Then your guide will take you on a tour to Jokhang Temple, Norbulinkha Palace, and Barkhor Market & Sera Monastery respectively.

Potala Palace: This Palace is also known as the “winter palace”. The imposing structure of the palace dominates the landscape of Lhasa. It is a 13th storied complex monument rising to a height of above 117m which houses 10,000 shrines and over 200,000 images and about 1000 rooms.As you are guided through the ancient chambers of the palace, you get to see Tibetan art at its best. The Potala Palace has a vast array of intricate Tibetan murals and beautiful statues. You will also get to view the tombs of the eight Dalai Lamas.  Due to tourist traffic, only one hour is allowed to visit Potala.

Drepung Monastery: This Monastery is 8 km west of Lhasa. One of the three great Gelukpa Monasteries near Lhasa, the other two being Sera and Ganden. Until the occupation it served like its two sister monasteries as centre for learning and monastic training to which monks from all over Tibet would come to spend as long as 15 years methodically studying and debating the meaning of the Buddhist scriptures. For centuries it existed as a small monastic township housing thousands of fully ordained monks and other functionaries. It was founded in 1416 by Jam yang Chöje Tashii Palden, a disciple of Tsong Khapa.

After breakfast you will be driving for about 5 hrs to reach the second largest city of Tibet, Shigatse. Here in Shigatse you will be visiting Tashilumphu Monastery. This monastery is one of the largest functioning monasteries in Tibet and there is much to explore within its high surrounding walls. There are about 39 amazing chapels inside including the huge Maitreya Chapel coated with gold; its workmanship certainly impresses everyone.After detailed visit of Shigatse, we will visit the local markets for shopping and local sightseeing. O/N at Hotel in Shigatse (BB)

After breakfast you will drive to Gyantse. We will arrive in Gyantse an old Tibetan Town against a backdrop of magnificent 14th-15th century fortresses and temples.  Here we will visit Pelkhor Chode Temple & Khumbum respectively.

Kumbum: Gyantse Kumbum Chorten was commissioned by a Gyantse prince in 1427 and it is the town’s main attraction. The 35 meters high Chorten, with its white layers trimmed with decorative stripes and its crown-like golden dome, is awe-inspiring. The interior is equally impressive. Kumbum means 100,000 images in Tibetan. Indeed, there is what seems to be an endless series of tiny chapels. Each chapel is decorated with wall paintings; some have various statues of Buddha’s, Bodhisattvas and deities. Most paintings date to the time of the construction of the stupa.There are nine levels, 108 cells and 75 chapels. At the higher levels you can go out to an outdoor terrace and enjoy an incredible view on the town, monastery and surrounding fort.

Do not miss the photo opportunity with Tibetan mastiff Dog and Yak at the Khambala pass. After detail visit you will drive to hotel. O/N at hotel in Gyantse (BB).

After breakfast you will be briefed about the day’s program. Today you will drive towards the third largest city of Tibet, Tsedang. We will drive over two spectacular high passes – the Kampa La at 4750m and Karo La at 5010m, over, and along the beautiful deep blue green Lake called Yamdrok Lake or Turquoise Lake. The landscape of the Tibetan Plateau is truly unusual and spectacular. O/N at Hotel in Tsedang (BB)

After breakfast you will be briefed about the day’s program. Your guide will take you on tour to visit Samye Monastery & Yambulakang respectively.

Samye Monastery: This Monastery is the First Buddhist Monastery to be built in Tibet, probably founded during the 770s under the patronage if King Trisong Deltsen, with the work being directed by Padmasambhava and Shantarakshita, the two Indian masters the king had invited to Tibet to help consolidate the Buddhist faith. The monastery was designed on the plan of the Odantapuri temple in present day Bihar, Bihar and mirrored the basic structure of the universe. As described in Buddhist cosmology. The central temple represents Mt. Sumeru the mythical mountain at the centre of the cosmos. Around it are four temples called “ling” which represent the four continents (ling) situated in the vast ocean to the north, south, east, and west of Sumeru. To the right and left of each of these temples are two smaller temples called “ling-tren,” representing the subcontinents (ling-tren) of the Buddhist universe.

Yumbulakhang Monastery: Meaning 'the palace on the leg of a female deer', located on the east bank of the Yarlong River southeast of Tsedang Town. It is located further 6 km up the Yarlung Valley a small road winds up to the left and takes you to what is regarded as the site of the oldest building in Tibet. Yumbulagang is believed by Tibetans to have originally built by the first king of the Yarlung Dynasty Nyatri Tsenpo. This tall, dignified building rises erect on the spur of the hill, commanding view of the entire valley, Scholars believe that this building that stood on this site until the mid-sixties probably dated back to the seventh or eighth century may have been built by either Songtsen Gampo or Trisong Detsen. Tibetan murals suggest that it found its final form during the time of the Fifth Dalai Lama.

After detail visit you will drive to Hotel. O/N at Hotel in Tsedang (BB)

After breakfast, you will drive towards the airport & your guide will give you a final departure transfer for your next destination.  Tour Concludes.