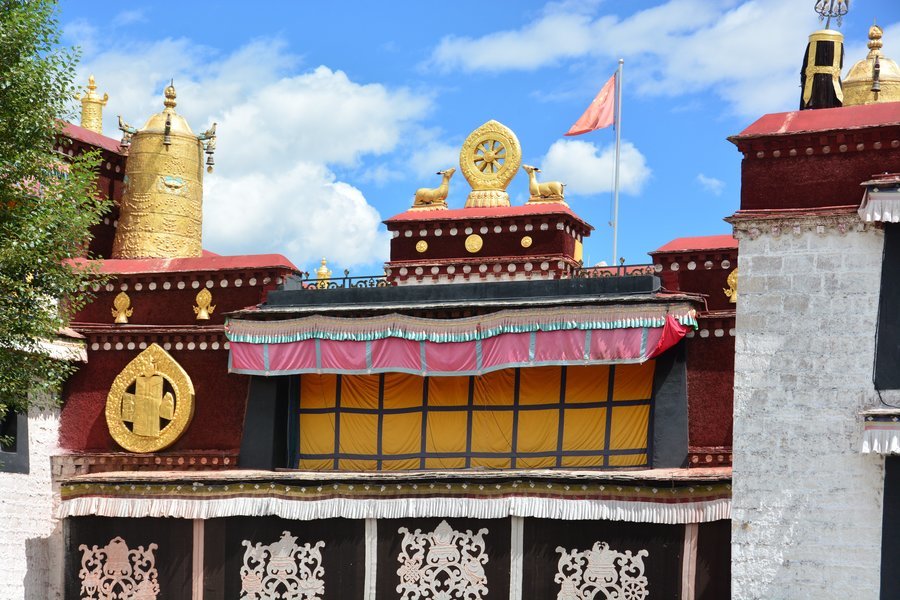 Upon your arrival you will drive to Lhasa, you will be taken on a sightseeing tour to Lhasa visiting major Palaces, monasteries, acclimatizing & to absorb the exoticism of Tibetan heritage & to explore this history – Laden city to its core. In route you will visit ancient town of Gyantse, Shigatse and many other cities. You get to explore colorful mosaic of Tibetan arts, crafts, history, culture, custom, tradition, lifestyle and cuisine and you become a witness to a host of indigenous cultures including untamed (drokpas) nomads en-route driving through highest Plateau on Earth. This is truly the trip of a lifetime with stunning scenery and cultural highlights.

After breakfast you will be briefed in detail about the program and entertain any question. Then your guide will take you on a tour to Jokhang Temple, Barkhor Market & Sera Monastery respectively.

After breakfast you will be briefed about the day’s program and discuss if there are any issues. Then your guide will take you on a tour to majestic Potala palace.

After detail visit you will drive to second largest city of Tibet, Shigatse. O/N at hotel in Shigatse (BB)

After breakfast you will be visiting Tashilumphu Monastery. This monastery is one of the largest functioning monasteries in Tibet and there is much to explore within its high surrounding walls. There are about 39 amazing chapels inside including the huge Maitreya Chapel coated with gold; its workmanship certainly impresses everyone.

After visiting Tashilumpho Monastery, you will drive to Gyantse and here you will visit Pelkhor Chode Temple & Khumbum respectively.

Pelkhor Chöde: This Monastery is located in the northeast of Gyantse at 3900 meters above sea level. Pelkhor Chode Monastery, or rather Pelkhor Monastery in Tibetan language means "auspicious monastery". It was first built in early 15th century and took 10 years to complete. Because it was built when different religious sectors conflicted neck and neck in Tibet, Sakyapa, Kadampa and Gelukpa of Tibetan Buddhism coexist in it. Each religious sector has five to six "Dratsang" (schools) in the monastery. This Monastery occupies a stunning position in the history of Tibetan Buddhism. It features a mixture of pagoda and monastery, whose architectural style reflects the typical feature of monasteries in between late 13th century and mid 15th century. The most symbolic architecture in the monastery is the Kumbum Stupa, which is composed of nine layers of nearly 77 temple halls with a total of 10,000 Buddha statues in halls, niches and on murals, hence the nickname "Ten Thousand Stupa". Pelkhor Chode Monastery is also noted for its distinctive sculptures and murals.

Kumbum: Gyantse Kumbum Chorten was commissioned by a Gyantse prince in 1427 and it is the town’s main attraction. The 35 meters high chorten, with its white layers trimmed with decorative stripes and its crown-like golden dome, is awe-inspiring. The interior is equally impressive. Kumbum means 100,000 images in Tibetan. Indeed, there is what seems to be an endless series of tiny chapels. Each chapel is decorated with wall paintings; some have various statues of Buddhas, Bodhisattvas and deities. Most paintings date to the time of the construction of the stupa. There are nine levels, 108 cells and 75 chapels. At the higher levels you can go out to an outdoor terrace and enjoy an incredible view on the town, monastery and surrounding fort.

After detail visit you will drive back to Lhasa. We will drive over two spectacular high passes – the Kampa La at 4750m and Karo La at 5010m, over, and along the beautiful deep blue green Lake called Yamdrok Lake or Turquoise Lake. You can also take pictures of Lake with beautiful Tibetan mastiff and Yak by paying certain fee. Once you reach Lhasa you will drive to Hotel. O/N at hotel in Lhasa (BB).