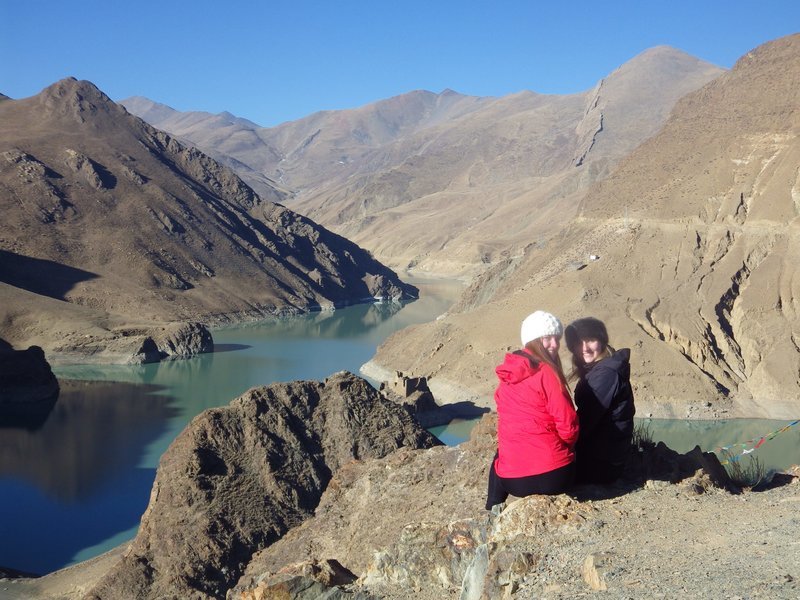 Tibet - a land so rich in Culture, tradition and steeped in religion along the far flung unique landscape, also called the roof of the world. Let the age old Tibetan Myths & mysteries cast and enchanted spell that holds an every visitor in thrill and excitement. The tour begins with a comprehensive trip briefing in Kathmandu followed by a sensational trans Himalayan flight to Lhasa that passes over Mt. Everest and many highest peaks of the world (if you join the tour in Kathmandu). This is the only flight fly over Mt. Everest and other highest peaks

Upon your arrival you will drive to Lhasa, you will be taken on a sightseeing tour to Lhasa visiting major Palaces, monasteries, acclimatizing & to absorb the exoticism of Tibetan heritage & to explore this history – Laden city to its core. Visit one of the beautiful deep blue green lakes, Yamdrok Lake. Explore colorful mosaic of Tibetan arts, crafts, history, culture, custom, tradition, lifestyle and cuisine and you become a witness to a host of indigenous cultures including untamed (Drokpas) nomad’s en-route. This is truly the trip of a lifetime with stunning scenery and cultural highlights.

After breakfast you will be briefed about your program and entertain last minute questions. Then your guide will take you on a tour to Jokhang Temple, Norbulinkha Palace, and Barkhor Market & Sera Monastery respectively.

Potala Palace: This Palace is also known as the “winter palace”. The imposing structure of the palace dominates the landscape of Lhasa. is a 13th storied complex monument rising to a height of above 117m which houses 10,000 shrines and over 200,000 images and about 1000 rooms.As you are guided through the ancient chambers of the palace, you get to see Tibetan art at its best. The Potala Palace has a vast array of intricate Tibetan murals and beautiful statues. You will also get to view the tombs of the eight Dalai Lamas. Due to tourist traffic, only one hour is allowed to visit Potala Palace.

After breakfast your guide will brief you about your program. Today you will be driving to one of the beautiful lake and fresh water in Tibet, Yamdrok Lake. It is one of the three largest scared lakes in Tibet. Yamdrok Lake is also known as Yamdrok Yumtso or Yamzho Yumco. We will drive over two spectacular high passes – the Kampa La at 4750m and Karo La at 5010m, over, and along the beautiful deep blue green Lake called Yamdrok Lake or Turquoise Lake. The lake is surrounded by many snow capped mountains and is fed by numerous small streams. The lake has an outlet stream at its far western and mean turquoise in English due to its colour. Yamdrok Lake is the transformationof a goddess. You can take lot of beautiful pictures of Lake.

You can also take pictures of Lake with beautiful Tibetan mastiff and Yak by paying certain fee.  Later you drive back to Lhasa. O/N at hotel in Lhasa (BB)